GIHE faves Tokyo Taboo have long been blowing us away with their immense, riotous live performances and seething energy, and so we’re extremely excited that their new single ‘No Pleasure Only Pain’ is out today. Raging with the band’s trademark ferocity as whirring hooks race alongside tremendous beats, it’s the perfect example of the soaring power of front-woman Dolly Daggerz’ vocals.

To celebrate the single’s release, Tokyo Taboo held an immense launch party last night at Fest Camden, along with fellow favourites Thunder On The Left, Bugeye, HAWXX and newcomers Bled The Fifth. Our Jon Mo was there to capture all the action… 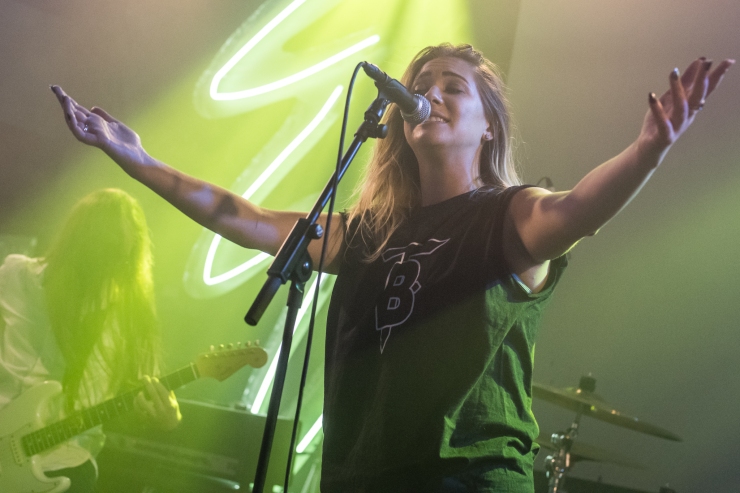 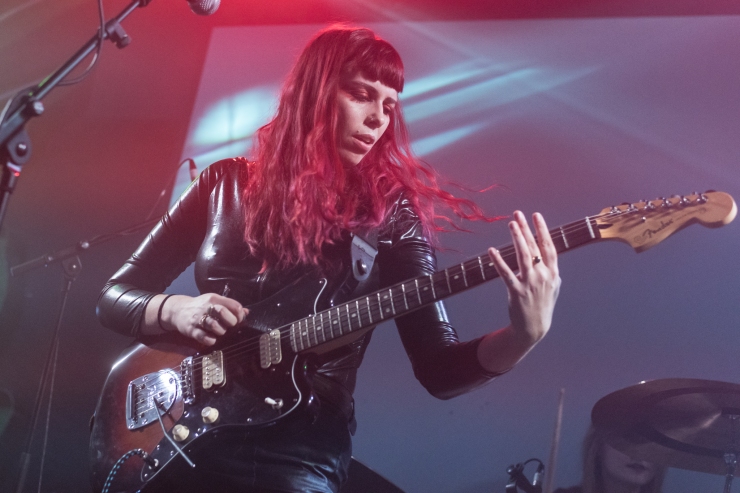 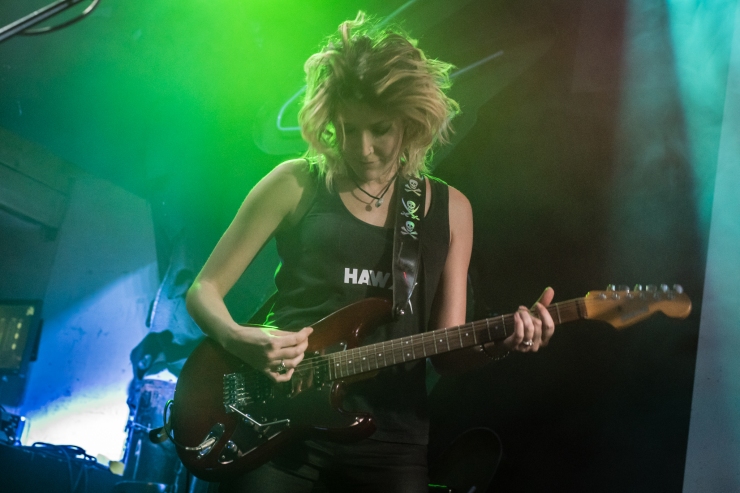 Thunder On The Left: 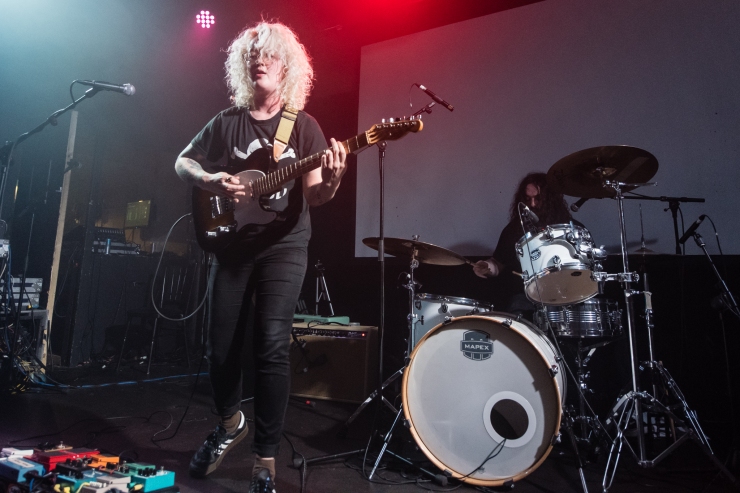 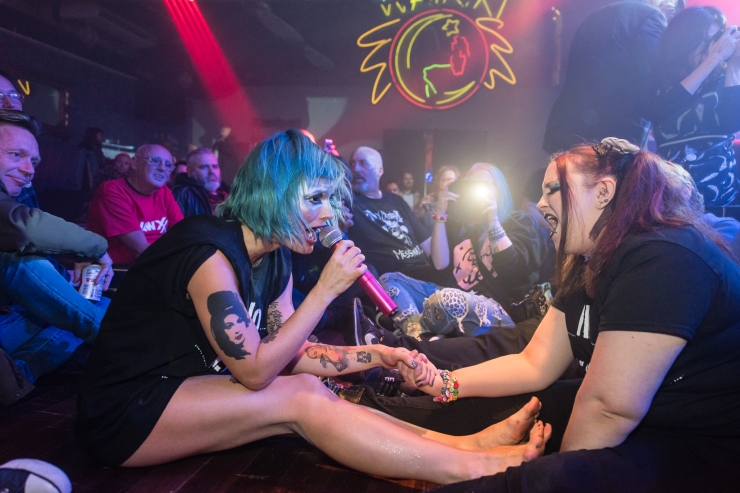 Following a host of super amazing bands playing for us recently – including LIINES, Witch Fever, The Magnettes, H.Grimace, The Menstrual Cramps and The Empty Page  – we were back at The Finsbury on Friday for another jam-packed night of the best new music.

Immediately blowing us away, recent favourites Scrounge deliver their intense and utterly captivating sounds to kick off the night. As front woman Lucy’s immense vocals rage alongside whirring, scuzzy hooks and Luke’s thrashing beats, they continue to prove themselves to be one of the most exciting bands around. 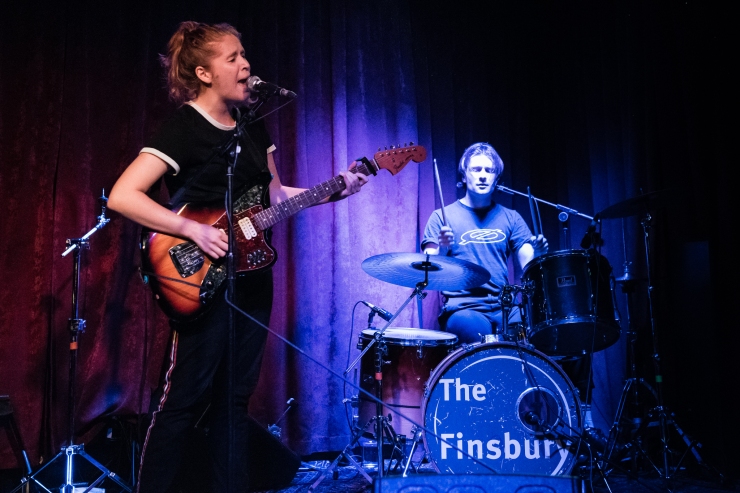 Next up, Leeds’ Nervous Twitch uplift and inspire with their vibrant and energy-fuelled punk-pop offerings. With a colourful wit and sunny sparkle, it’s impossible not to be left feeling a joyous sense of empowerment at their instantly catchy creations. 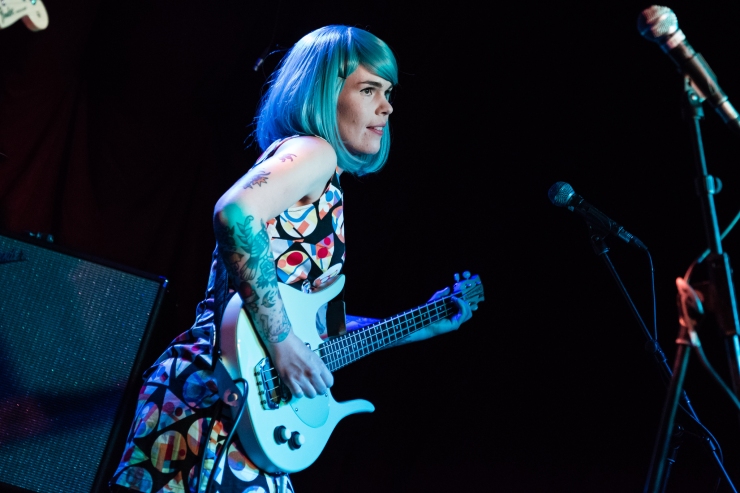 Penultimate band of the night, Brighton’s ARXX, blast into our ears and dazzle our ears with all the seething, glitter-filled energy you could ever ask for. With the immense of power Hannah’s gritty vocals and raging riffs alongside Clara’s high-octane thrashing beats, their mighty grunge-fuelled offerings take our breath away once again. 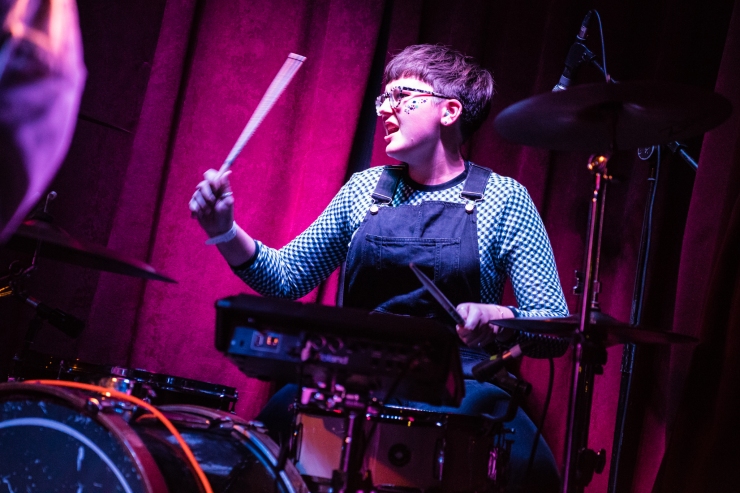 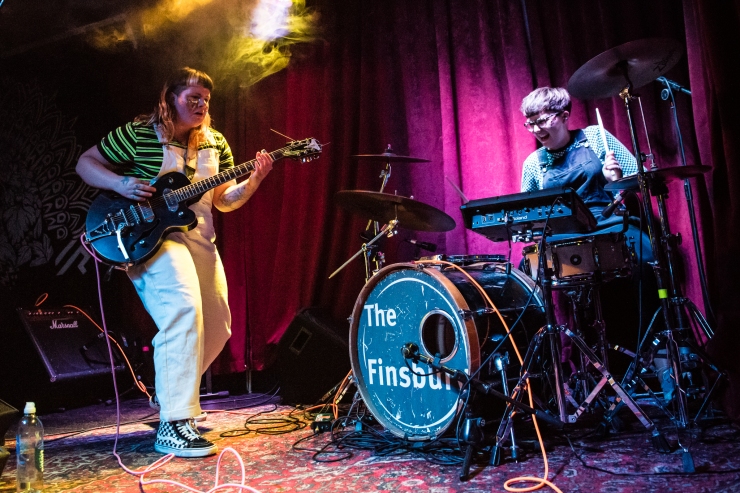 Finally, headliners Thunder On The Left deliver a memorable, angst-driven set. Bounding across the stage with a riotous energy, front woman Carla blasts out a torrent of blazing vocals as frenzied hooks race alongside pummelling beats. A perfect outpouring of fiery emotion and refreshing honesty, the trio leave us ready – fists clenched – to take on anything with their infectious, ferocious power. 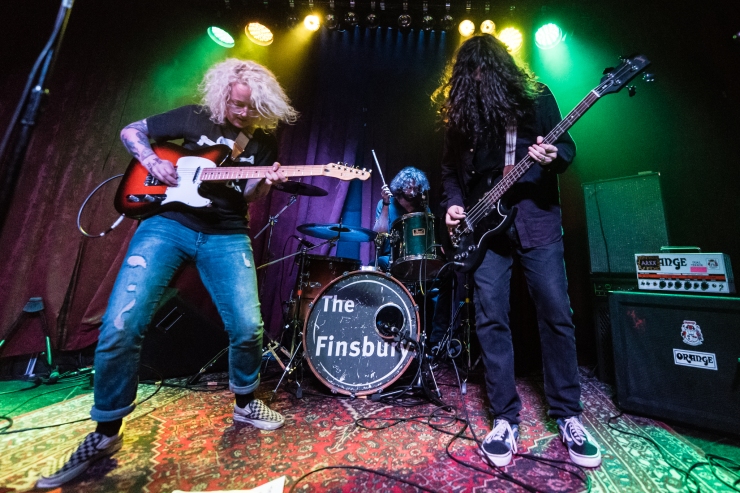 HUGE thanks to the four incredible bands who played for us on Friday, it was a dream of a night. And we’re already getting excited about next month’s gig on 14th September with Wendy Rae Fowler headlining!

Political music may be making a comeback, after all. After the minimalist street-poetry of Sleaford Mods, and the funk-goth-jazz of Nadine Shah, comes the alt.rock/metal styles of Thunder On The Left. Based in East London, the trio of Arun (drums), Adam (bass) and Carla (guitar/vocals) keep their message as simple, and their sound as raw, as their name (inspired by Christopher Morley’s novel of dissatisfaction) would suggest.

Opener ‘Everybody Is Not Me’ is a statement of intent. A loud-quiet-loud squall of guitars, underneath Carla’s emphatic repetition, a conscious nod to Rage Against The Machine’s hip-hop metal lyrical style. Second track ‘Cliché’, with its feel of a messed-up military march and loud-hailer vocals, sounds like the product of pent-up rage, but still presents a self-aware comment on the nature popular music.

‘Survivor’ is a bouncier number, kicking off like early noughties pop-punk. ‘Rather Be Dead Than Fake’ begins as another RATM-homage, but across the course of its four and a half minutes morphs into something more personal, with Carla’s vocals dominating and the song’s refrain sounding more and more like the band’s motto.

‘Interlude’ and ‘Vaporise The Bitch’ are two sides of the same coin: starting with near-gentle, emotionally calm lilts before bringing in the distorted bass, whilst ‘A Polite Fuck Off’ is a hair-metal thrash that moves into riff-heavy territory, with Carla’s voice coming off as both salty and sweet.

The album’s title track is the album’s standout: a robotic, hypnotic vocal, lamenting the ubiquity of “drones, clones, phones”, with a stormy rhythm section and the warning-wail of squealing guitar, as ‘Sign My Name’ is a doom-laden comment on our complacent relationship with capitalism.  Closer ‘Simply Eaten’, however, is the band’s epic take on religion and society – the title referring to the inescapable, all-consuming nature of materialist culture.

Recorded live in Wales across nine days, National Insecurity is an album that doesn’t pull any of its punches. With a sound as raucous as this, it’s no wonder the band have been developing a following for their live dates. And, with their staunch, revolutionary beliefs at odds to political orthodoxy in the US and UK, Thunder On The Left have picked the perfect storm to arrive in.

National Insecurity is out 9th February via Malevolent Records. Catch Thunder On The Left live this month:

Following their debut EP The Art Of Letting Go, East London rockers Thunder On The Left have made a welcome return to our ears with a seething new single.

Oozing an eerie sense of unease, ‘National Insecurity’ is an ominous depiction of a dystopian world that society’s heading towards because of its hyper-dependency on technology. Filled with aggressively thrashing beats and whirring riffs, swooning vocals flow throughout with a stirring, dark energy. Building to a thrilling, angst-driven climax, ‘National Insecurity’ provides the raging outburst we all need right now.

‘National Insecurity’ is out 27th October via Malevolent Records.